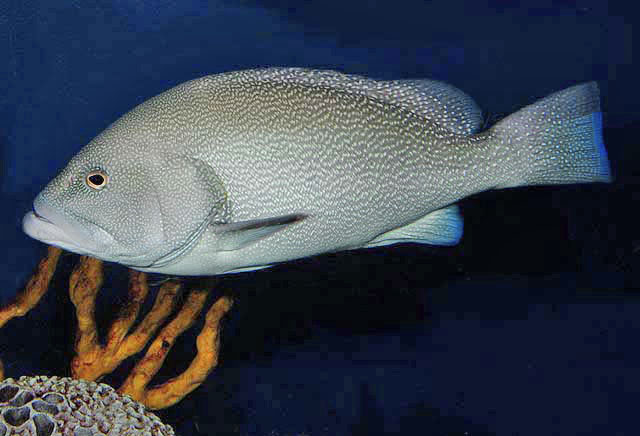 This species is found on reefs in the western Atlantic from North Carolina to the east coast of Florida and throughout the Gulf of Mexico.

Little is known about the spawning patterns of Speckled Hind in the Gulf of Mexico. However, courtship behavior of this species has been observed on deep, Oculina coral reefs where Gag and Scamp are known to aggregate for spawning.