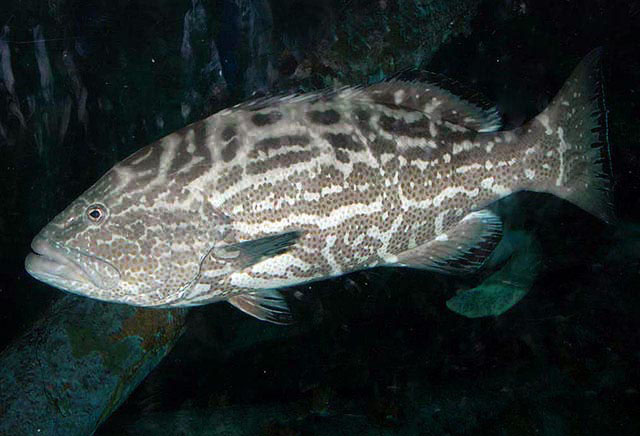 This species occurs in the western Atlantic from Bermuda to Brazil, including the Gulf of Mexico and the Caribbean. Adults are found on rocky and coral reefs, and juveniles occur in mangroves.

Black grouper form transient spawning aggregations of tens to hundreds of fish over reef promontories at the shelf edge that are highly predictable in time and space. However, some individuals reside at the spawning site year round. Aggregations begin to form on the full moon, with spawning typically commencing 10 to 12 days later. Courtship occurs in pairs to small groups of up to 5 fish, with courtship activity peaking during or minutes after sunset. Black grouper are broadcast spawners with external fertilization.