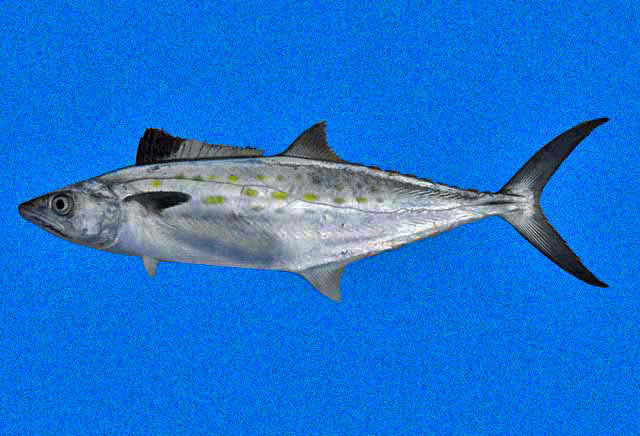 This species occurs in the western Atlantic from Maine to the Yucatan peninsula in Mexico, including the Gulf of Mexico. It forms schools in coastal areas but also enters estuaries.

In the GOM, this species spawns from April to September, with peak spawning occurring during May and June.

Spanish Mackerel are commonly found in large schools on the surface of warm waters off beaches, in shipping channels and passess, along barrier islands, and offshore. Some populations in the Gulf of Mexico are thought to migrate westwards in the early spring to waters off Texas, perhaps in association with spawning. Likewise, the species is believed to migrate along the coast of Mexico southward between August and November and then northward again the following spring. Limited information is available on the spawning patterns of Spanish Mackerel. In Texas, Mississippi, and Florida, spawning fish have been sampled along the inner continental shelf. Given the schooling behavior of Spanish Mackerel and no evidence they increase their densities to form spawning aggregations at discrete locations, the species may best be described as a simple migratory spawner. That said, a few studies have suggested that populations from the western and eastern Gulf of Mexico converge along the continental shelf during late spring and summer, which corresponds to the spawning season. Therefore, more research is warranted to understanding their spawning migrations and behavior. Spanish Mackerel are broadcast spawners with external fertilization.

Commercial landings are greatest during the period of February through April with the peak in April coinciding with the first month of the spawing season. Landings then decrease for the remainder of the year. Average monthly landings during spawning months are only greater than during non-spawning months in some years but not consistently.