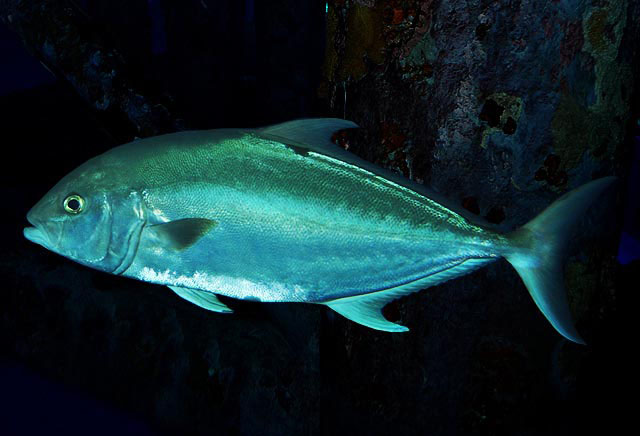 This species has a circumtropical distribution. In the western Atlantic, it occurs from Cape Cod to Argentina, including the Gulf of Mexico. It is mostly oceanic, but does occur near coasts in both pelagic and demersal environments.

No detailed information exists on the spawning season for this species in the Gulf of Mexico. Collections of juveniles and adults off Southeast Florida suggested that spawning occurs during the spring months, while collections of eggs and adults along the South Atlantic coast of the U.S. concluded that spawning occurred during the summer and fall. In the Caribbean, spawning aggregations have been reported in October and November. Based on available data, the regional spawning season is estimated to be from April through November.

No detailed information exists on the spawning patterns of this species. However, anecdotal information suggests that Almaco Jack are partial migratory spawners that form spawning aggregations of several hundred to several thousand fish comprised of resident and transient individuals. In the Caribbean, aggregations form adjacent to reef promontories at depths of 250-300 m. Spawning has not been observed in the wild. Almaco Jack are broadcast spawners with external fertilization.