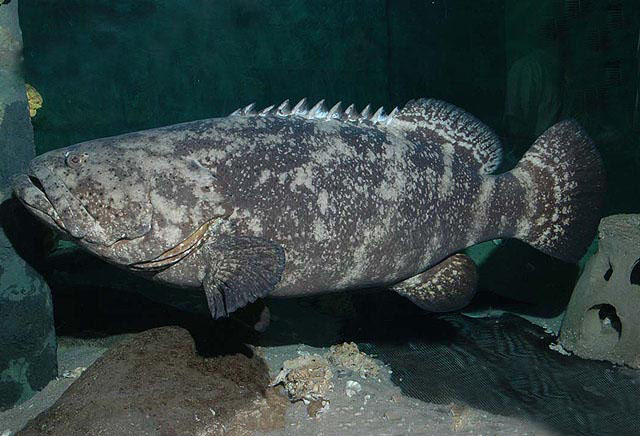 Goliath Grouper form many, small transient spawning aggregations of ten to less than 100 fish that are highly predictable in time and space and are comprised of individuals that migrate hundreds of kilometers away. Spawning occurs at night during the new moon at high-relief rocky reefs and artificial reefs (including shipwrecks and towers) in water depths of 15-50 m. Goliath Grouper are broadcast spawners with external fertilization.

Fishery is closed and the species is protected.

The commercial and recreational fisheries are completely closed.